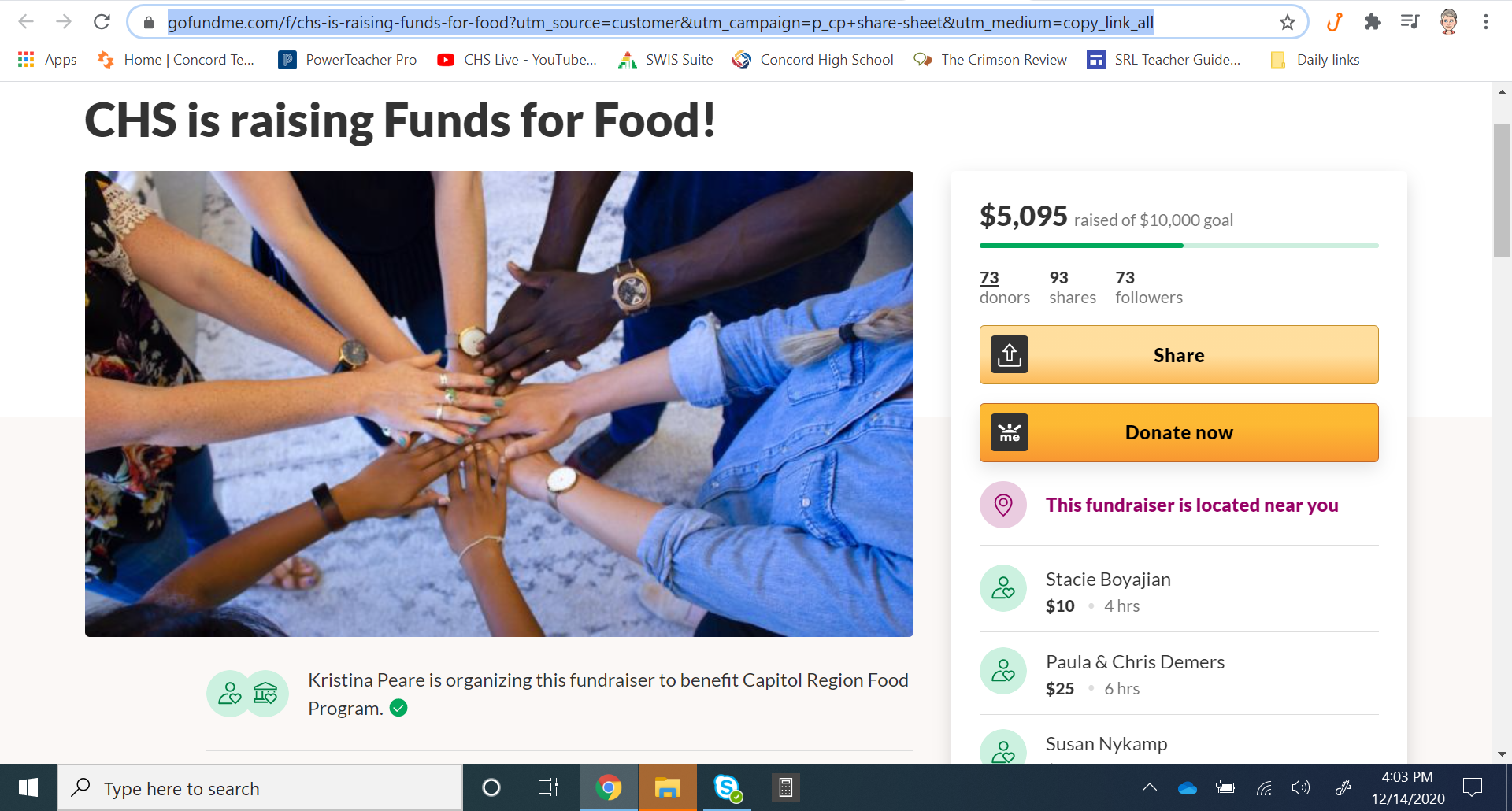 While 2020 has been a year like no other, things stay the same, including the giving spirit of the Concord High School community, now raising money for the Capital Region Food Program.

“Don’t think that small contributions don’t matter. Every dollar adds up,” said senior Allison Childs, one of the students helping to organize the annual fundraiser.

This year, the CHS Food Drive is running until December 22.

In normal years CHS students bring cash and cans to school to donate. This year, because there are not students in school and COVID restrictions make it difficult to collect food, the fundraiser has become a strictly online affair accepting money only via a GoFundMe page called “CHS is raising Funds for Food!”

Donations are especially important because food insecurity and reliance on food banks and other forms of food assistance has gone up nationwide in the wake of the coronavirus job losses.

The Capital Region Food Program is able to buy in bulk so it can purchase a lot more food for families in need.

To see Reardon’s performance, click on CHS Live for Dec. 7 and advance to the 4:28 mark.

According to Childs, Mark Manus began the Capital Region Food Program 50 years ago. It is now run by his daughter, Maria Manus Painchaud, and her family.

Concord High has been an active contributor for more than 20 years. When the food drive made its debut at Concord High, students collected only food: around 8-10 pallets of it.

In recent years they began collecting cash as well as cans because the food program can purchase food more efficiently for the families that rely on it.

For the past four years students have also hosted Soups On events for parent/teacher conference nights in November. The event will resume after the pandemic ends.

Due to tough economic times many CHS community members will not be able to donate money.

That’s okay, Childs said. “If you are not able to donate to the Funds for Food Drive another way to contribute is to raise awareness.”

Getting the word out to potential donors is extremely important in meeting the fundraising goal.