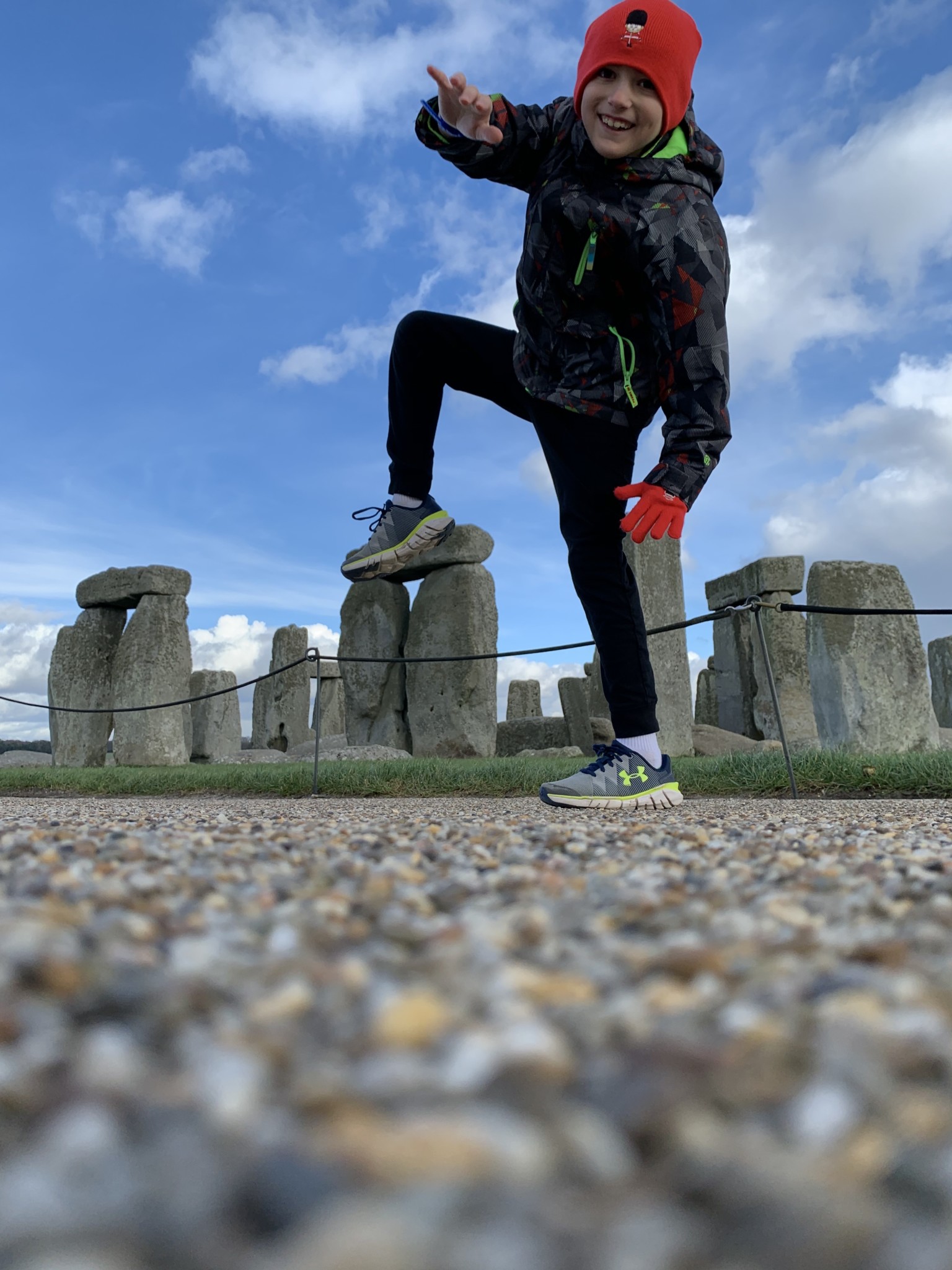 During February break, I visited London, which with a population of about 9 million is the most populous city in Europe.

London is also one of the most diverse cities in the world, being home to people of almost every culture.

The city has an extremely long and well-documented history, as it was settled by the Romans in 47 AD. The city was also at the heart of the British Empire, one of the largest to ever exist.

London is the capital of England and a financial and transportation hub for the rest of Europe.

My family and I arrived in London early Sunday, Feb. 23, after a  five-hour red-eye flight. We landed at Heathrow Airport, the largest of six airports serving the greater London area.

After arriving at our hotel and taking a short nap, we then visited the Natural History Museum, just a short walk from where we were staying.

This museum seemed no different than museums in the States, and we were tired from travel. It was our first experience with Londoners and their British accents, though.

Another thing I noticed when arriving in the UK, besides the accents, was the driving. I knew that Europeans drove on the left side of the road, but still it was a strange sight.

Even crossing the street was a nerve-wracking experience, and it took the better part of the week to train myself to look in the direction of oncoming traffic. A lack of stop signs became increasingly evident as drivers drove straight through intersections with no regard to other cars.

The next day, we took it slow and, after visiting with family at the London Museum of Science, we set out to walk around the city. We walked through Hyde Park and made our way to Oxford Circus, then through Chinatown.

After dinner, we went to go see Mamma Mia! The Musical at the Novello Theater. Being one of my favorite shows and movies, I loved the play and enjoyed the songs, dancing and intermission ice cream!

Tuesday began no different than Monday. We took it slow in the morning then hopped on the Tube for the first time all week. The train took us to Tower Hill Station along the River Thames, home to the Tower of London.

If you have ever taken the “T” in Boston, or the subway in New York, you know American trains aren’t the cleanest or the fastest. But London has nearly the opposite. The trains are clean, quiet and fast. 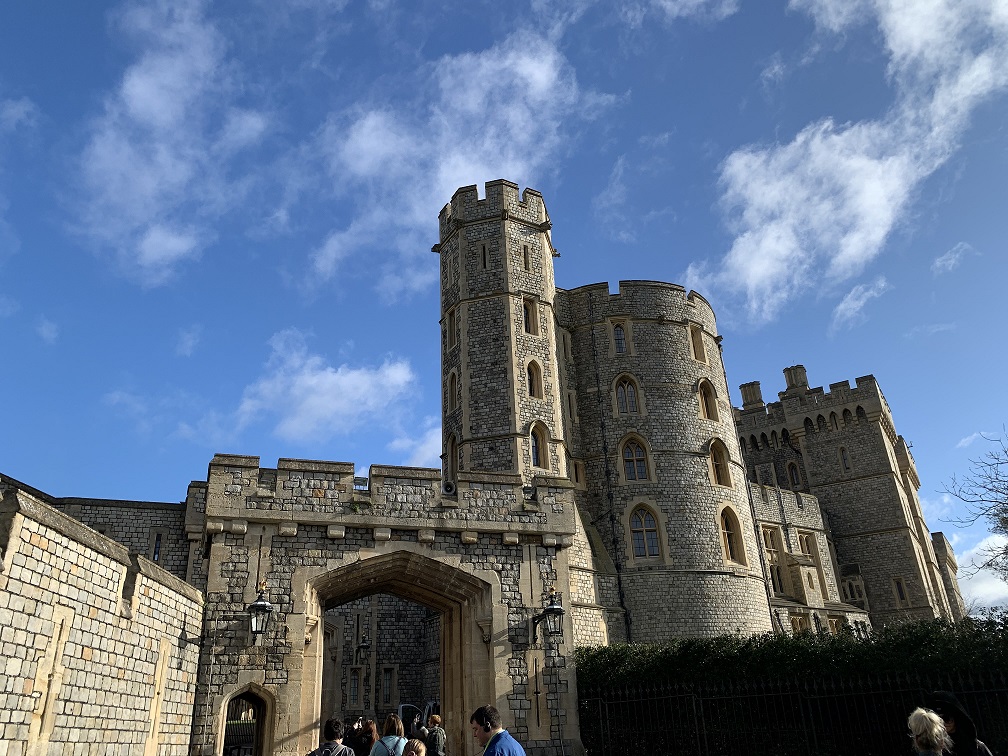 Anyway, the Tower of London, originally “The White Tower,” was first built in 1078 by William the Conqueror. Having been expanded in its almost 1,000-year history, the tower stands 89 feet tall, making it the tallest building in London when it was built.

After an hour-long tour of the tower and its surroundings, my family split up.

My mother and brother took the train to Watford, where they would tour the Harry Potter Studios (not really my thing), while my father, sister and I took the tube south to Wimbledon.

The famous Tennis complex is home to the British Open and some of the most famous tennis moments.

The tennis complex itself is very interesting, and the history dates back one hundred years. Luckily, the rain didn’t begin to come down until we were finishing our tour and we all made it back to central London in time for dinner.

On Wednesday we had to get up and going much earlier than in previous days because we had a special trip planned: a visit to the cities of Windsor and Bath and to the historic landmark of Stonehenge.

Our tour driver first took us to Windsor, home to Windsor Castle. The Castle, originally built in the 11th century, also by William the Conqueror, is one of two main homes of Queen Elizabeth II, the other being Buckingham Palace in London. 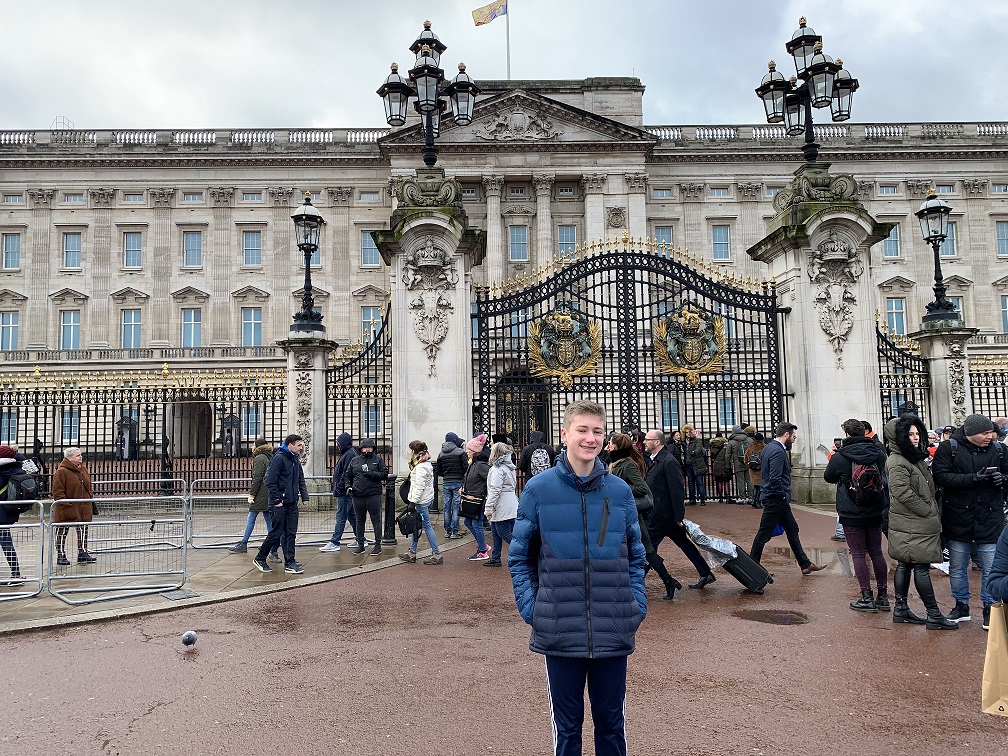 While the Queen was not present at Windsor Castle while we were there, we did get to follow the entire audio tour. The Castle suffered from a devastating fire in 1992, but much of the Castle was still intact and impaired sections were restored. The royal family’s home was filled with portraits and objects from its near 1,000-year history.

One of the main theories for Stonehenge is that it was actually built over a small magnetic field. It is also believed that the formation was actually much larger, or supposed to be much larger. It is also thought to have been a religious healing ground that would attract people from all over Europe. But again, there is still so much we don’t know, and most of it we will never know.

Next we were off to Bath. Bath is a Manchester-sized city in western England. It is called Bath as it is home to the infamous Roman hot spring baths. The city, located above a hot spring, attracted may visitors from all over Europe.

The Romans built the baths back in the first century. Romans would come to visit the pools to be “healed,” while they actually sat in an extremely hot pool of water with other Romans. As the water was from an underground hot spring, it was very dirty and unsanitary.

After dinner at a local pub, we made our way back to London. While it was nice to get into the City, our tour of Western England was one of the highlights of the trip.

Thursday was similar to Monday, with more walking around the city. We visited Borough Market, which is a very large permanent outdoor farmers market underneath several tube tracks. It was packed to the brim with snacks, drinks, organic food, people and loud trains.

After eating way too much food, we ran over to the London Bridge to watch the opening of the Tower Bridge, maybe a tenth of a mile down river. The world famous bridge at scheduled times.  On our visit, the bridge opened twice for a sightseeing steamboat that made several stops along the Thames river.

After the bridge, we then walked a couple blocks to the London Sky Garden. This observation deck was home to some of the most beautiful views in all of London. One of the tallest buildings in the city, the 525-foot walkie-talkie shaped building monsters over the smaller, older buildings that surround it.

Within the observation deck built into a greenhouse, it looked a bit like a rainforest cafe, with trees and plants and everything. It was like a mini jungle suspended hundreds of feet in the air. In addition, the setting sun added perfect light for some pictures.

On our last full day in London, my father and sister took the train north to King Henry VIII’s Estate to ride horses through his medieval forest. The rest of us took the DLR transport to Greenwich, England. Greenwich is a small village southeast of Central London home to the Greenwich Royal Observatory and the Prime Meridian.

On Saturday, we had an evening flight, so we were in no real rush to get up or pack. When we finally did get out, we took the tube to Leicester Square, back to the theater district.

We walked around for a good hour trying to find somewhere to eat, while my dad took was selected as a volunteer to help a street performer get locked into a straight jacket.  When we finally did settle on something, we reflected on the amazing week we had just encountered in one of the oldest cities in the world.

After lunch, we made our way back to Heathrow for a comfortable flight home.  We got to experience an amazing city, and we had a great trip.