A Project for Better Journalism chapter
The Crimson Review
Clubs, Heads Up 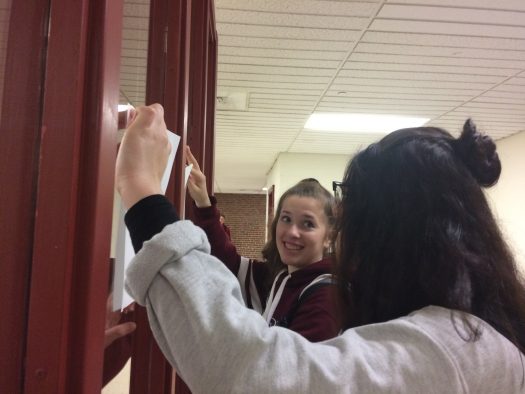 The New Hampshire Scholars program at Concord High School is holding a get together in the courtyard beneath the catwalk during all lunch periods today during the second of its two-day Mini Harvest-Fest.

Games include musical chairs, corn hole, guess the lollipop and a raffle for a festive basket.

Raffle tickets for the  basket will sell for 50 cents each or three for $1. Chances at the  lollipop game cost the same.

“We want to be able to raise some funds,” said NH Scholars advisor Rebecca Schaefer, a guidance counselor in Commons A.

“We just did the penny wars. That just finished that up. I think the sophomores won, so they get to keep their portion of the pie if they wanted. And it really seems like a good time to just bring people together and have some fun games,” said Schaefer.

The New Hampshire Scholars is a group of empowered students that meets every Wednesday morning at 7:15.

The  program was designed by business leaders to recognize students who go above and beyond by earning extra academic credits.

Approximately two dozen students are actively involved “to raise awareness around careers and career planning” and to raise funds for scholarships, Schaefer explained.