The Crimson Review • May 12, 2014 • https://thecrimsonreview.com/286/sports/veterans-remembered-with-hat-trick/ 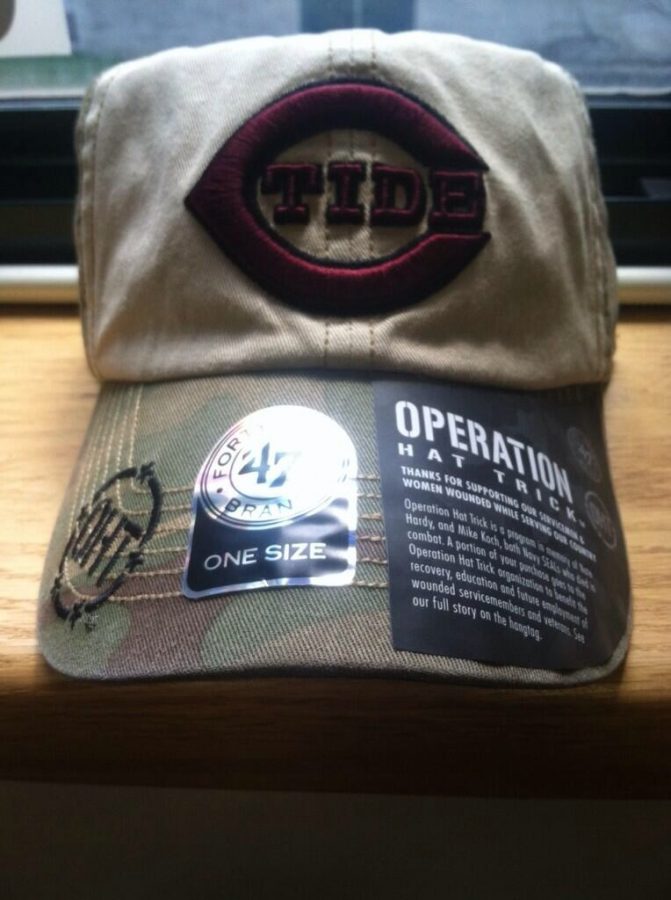 This upcoming week a hat trick is something more than just three goals.
Baseball and softball teams across the state will be wearing specially designed school camouflage hats during baseball and softball games in order to support Afghanistan soldiers and veterans.
“When we saw the idea we jumped right on it,” said Concord High School principal Gene Connolly. “When we joined, the idea spread like wildfire.”
The cause is run out of a non-profit organization called Operation Hat Trick, which was originally founded in 2008 at the University of New Hampshire in order to deliver hats to wounded service members.
“I think it’s for a great cause,” said senior Gracion Smith, current outfielder for the varsity baseball team. “I’m happy to give back to the people who have served.”
Teams at Concord High and at 60 other schools in the state will wear these hats at home games the week of May 12. The baseball and softball players, along with other spring sport players, raised money by selling these hats to the general public for $15 a piece, where the $5 went immediately to Operation Hat Trick.
“The foundation was named after Nate Hardy, who was a Navy Seal in Afghanistan. He died in battle,” said Concord athletic director Steve Mello. “The kids at CHS ended up selling a total of 432 hats, raising over $70,000.”
Mello, who knew Hardy’s father, immediately got involved in the event.
The Concord High varsity teams having a special events at their home games on Wednesday, May 14, and Friday, May 16. The events prior to game time will include the band playing, along with the color guard.
“I think it is for a good cause,” said junior Cassidy Emerson, current outfielder for the varsity team. “A veteran who is someone’s grandfather is throwing out the first pitch, it’s going to be a good time.”
Attendance is expected to be high and everyone who is a veteran is strongly encouraged to come. The baseball game starts at 4:05, but festivities begin at 3:50. The same times will be used for the softball game on Friday.