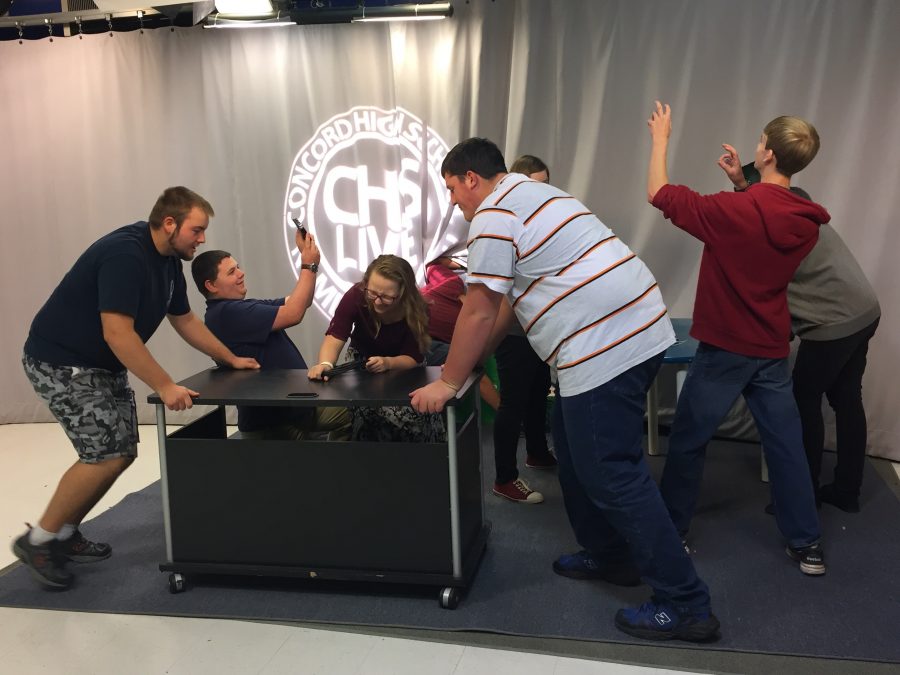 The crew of CHS Live at Concord High School gets ready for their daily live to broadcast morning announcements October 1, 2015. Daily announcements air Tuesday through Friday and are produced by Concord TV in association with principal Gene Connolly. The show begins with the director and crew setting up tables, microphones, cameras, and lights.  Then the cast arrives and receives a daily run down by the floor director. Once the second period bell rings the show goes “live” to a couple hundred televisions throughout the school. The program runs 4-6 minutes and features many different segments, including general announcements, weather, sports, song of the day, joke of the day and world news Wednesdays. Currently CHS is the only school in New Hampshire doing live video announcements. The idea of doing live announcements was first suggested by Connolly six years ago . Since then the show has featured many different directors and crew and cast members who put their own personal touches on the show.