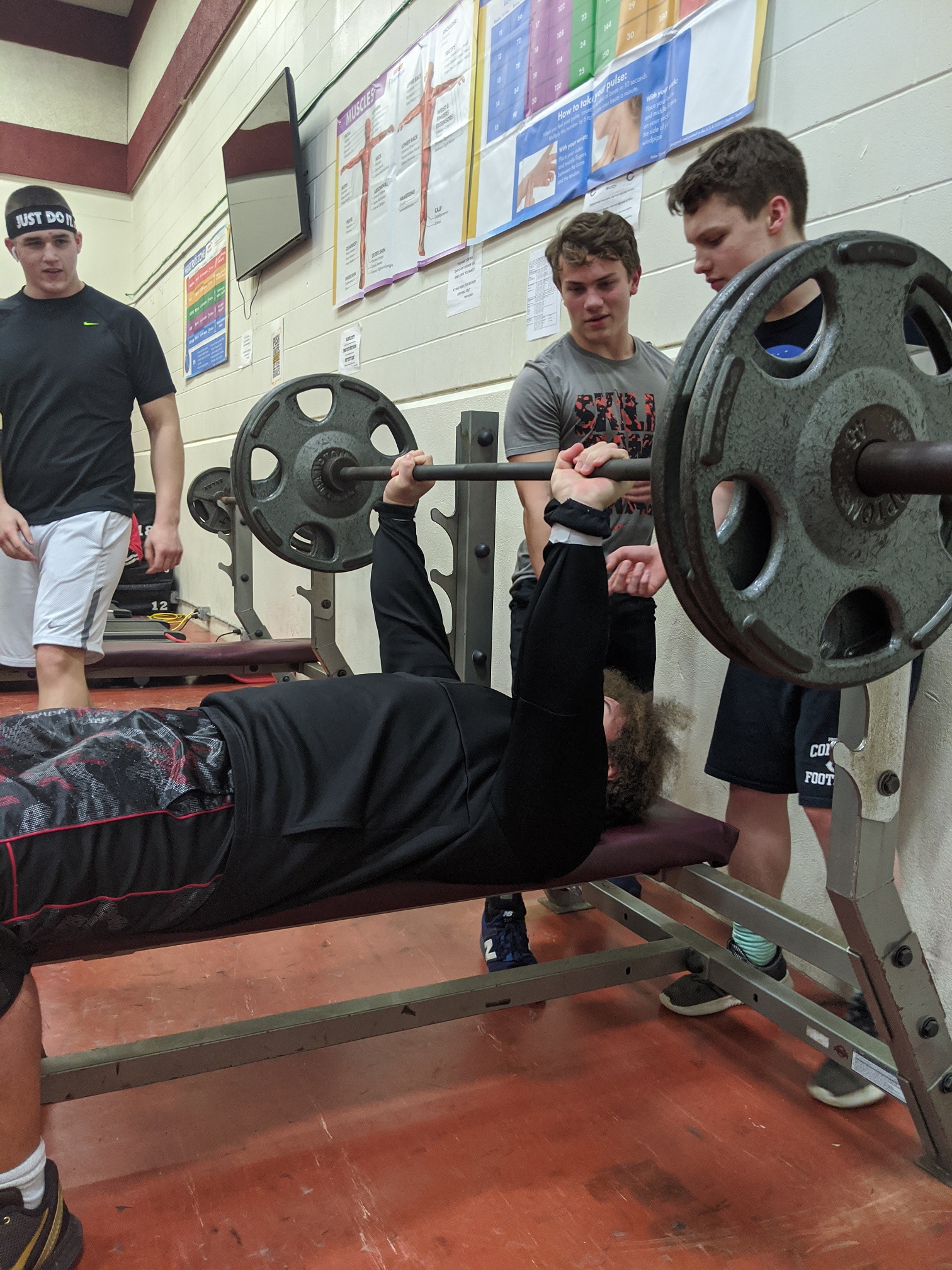 ▲
Buckles benches a lot while teammates spot him
Logan Keene

▲
Buckles benches a lot while teammates spot him
Logan Keene

Crimson Tide varsity football had a let down of a season last fall between rivaling numbers of injuries and people leaving the team for various reasons.

But Head Coach Eric Brown is determined to bring people back together as a team to overcome fears and regrets and prepare for success this coming fall.

2020 Captain Pauly Buckles said lapses in commitment and attitude crippled the varsity team during the 2019 main season. “We should’ve held more people accountable for their actions,” he said.

With that said, Buckles said the Crimson Tide does have the tools and power needed to be a 2020 playoff contender. “2020 is going to be a good year.”

Next year, he said, players “need to band together as a team in order to become the 2020 contender that we wish to be.”

Varsity lineman Jaycee Haskell, a sophomore, said those who stayed in the game and went through the physical pain and the emotional turmoil of a losing season are building the needed strength to run it in the future.

Team members are working hard in the weight room this winter with the hopes that they will be competitive against bigger teams like Pinkerton, Bedford, and Londonderry.

Any students who would like to play football next year and aren’t playing a winter sport are invited to come down to the weight room on Mondays, Wednesdays, and Fridays after school.

Lifting lasts until around 4:30 p.m. Students do not need to commit to playing football next year in order to participate.

The freshman squad had a highly successful 8-1 season which gives hope for coming years. One of the team’s quarterbacks. Zackary Doward, said commitment on the team was high. “The work we put off the field practicing and bonding as a team helped with our success this season.”

Doward agrees that Concord High’s football future looks bright moving forward. “If we stay together as a team, we have the tools needed to make the playoffs.”