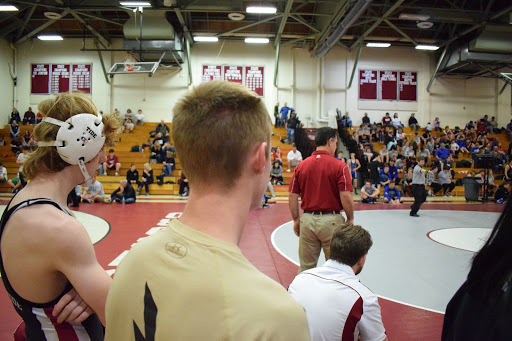 Concord High School’s 2019-20 wrestling season is off to a strong start. Fifty-one athletes returning include nine Division I placers, three All State placers and a 2018 All State champ.

“Timberlane is our goal. They haven’t lost since 2007 and with the amount of work everyone has put in we have a chance to be special,” said senior leader James Bonnell.

The Tide has finished runner up at the NHIAA Division I meet twelve times since 2000, when the team won the championship.

While clinching the title again remains a key goal, wrestlers work hard to create a good environment and a winning culture overall. 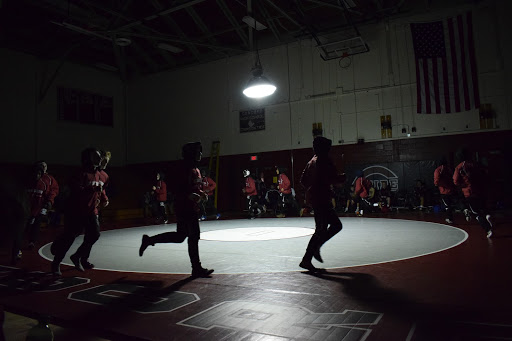 As the Concord wrestling mission statement says, “The program strives to not only teach the techniques of wrestling but also the importance of perseverance and teamwork. We do not measure our success by our wins, but rather by the quality of people we produce.”

Athletes say participation in the program has been life changing. “Wrestling slowly taught me how to develop into a young man,” said junior Will Ahlgren. “I continued to grow my personality and how I think about life.”

“Yeah definitely, early on in my career I would get upset fast and as time has gone by I have learned that losing isn’t a big deal because it shows what you could do better,” said senior Ricky Naya.

“It taught me the importance of having people by my side,” said Sam Wagner, another member of the Class of 2020.

Team goals are put above individual goals but every athlete has a personal aim.

When asked about some of his goals  had this to say “Win as many matches as I can and get better,” said sophomore Kaevryel Madison. 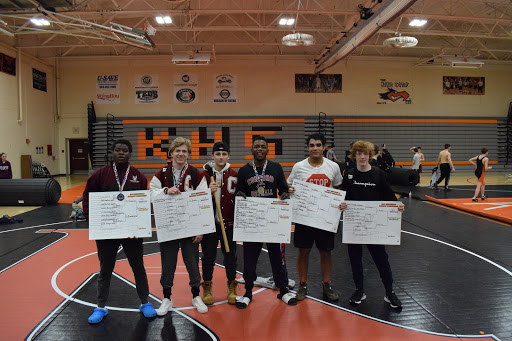 Many Tide wrestlers spent off season months training to get better. Said senior leader Alec Galatis, “I think that in past years it’s been obvious that a lot of our team hasn’t done off season, but this year, seeing ten-plus kids put in work since the day after the last winter season ended, gives me great hope for the season.”

Concord’s coaching staff provides opportunities in the spring, summer and fall which many wrestlers have taken advantage of.

During the spring, the Tide hosts small tournaments at Broken Ground Elementary School. BGS Brawls give wrestlers three to five matches in a round robin style tournament. The goal is to create healthy competition and have wrestlers focus on what they can do better instead of winning every match.

During the summer, the Tide hosts a five-day wrestling camp at Concord High. Head coach and camp director Ham Munnell focuses participants on learning wrestling while also having fun.

During the fall, staff members provide a club every Thursday where students learn moves and live wrestle to get fresh for the season. Assistant coaches Nick Zeras, Bob Daniels, and Troy Colby all help instruct participants.

Tide wrestlers credit their winter success to the hard work they put into during the off season.  “As a team we definitely have the ability to win states. The amount of dedication that has been shown by kids this off-season will make us successful,” said junior Trey Fortier.

Munnell coaches the wrestling team as a “brotherhood” and creates an environment in which the team is a family. 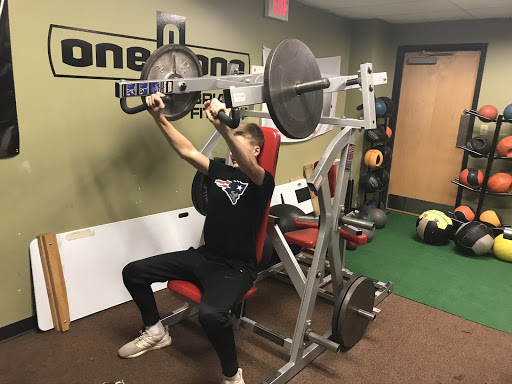 “Wrestling taught me toughness and value of a community,” said Wagner. “It taught me the importance of having people by my side.”

In wrestling toughness is bred. Athletes will get thrown down and sometimes they will lose, not achieving what they hoped.

“I think wrestling has taught me how to persevere through things,” Madison agreed.

“Football taught me lessons but wrestling taught me to be tough,” said sophomore Hunter Jeffers. “I thought I was a tough kid at first but I knew at the end of the season I was a lot tougher.”