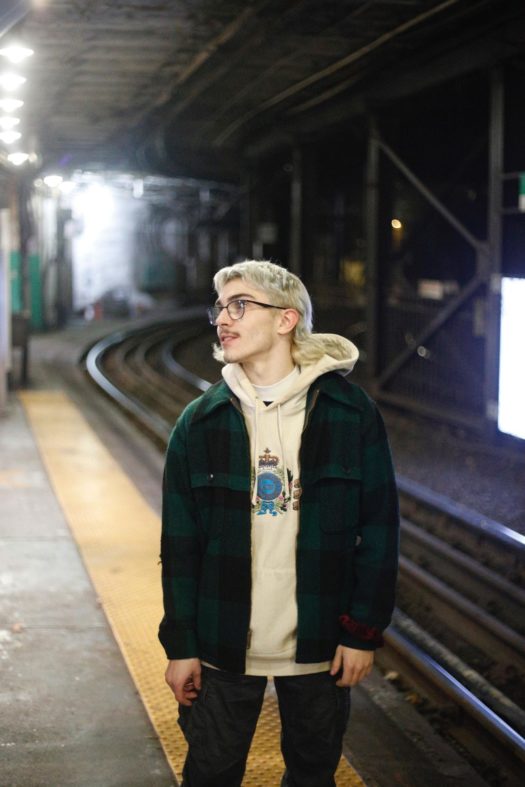 Major stores may have stocked their shelves with bucket hats, chunky chain necklaces and tonal ensembles, but most Concord High students are definitely saying N to the O to these edgy outfit choices.

They plan to stick to their “traditional” casual outfits of leggings or sweatpants and hoodies, though others said they are open to trying some trendy looks, described in a recent HuffPost article by Brittney Nims, a manger of commerce content and strategy, as including “oversized denim jackets, pearl hoops and silk scarves.”

Kayla Olivera, a sophomore, said that she tends to wear “ripped jeans, leggings and a hoodie, anything comfortable,” because her main goal during cold winter days is to “stay warm and comfortable.”

Other students just aren’t into some of the newest edgy looks. Senior Ricardo Naya, for example, said he’s “not the biggest fan of neon undershirts and chains.”

Sophomore Declan Adams, on the other hand, said  “yes, yes and yes,” to some to the blast-from-the-past fashion trends coming back from the 80s and 90s: Dr. Martens, plaid clothing, and oversized denim outfits.

“I would totally wear a lot of those clothes,” especially shoes like Timberland boots he pairs with a flannel shirt and khakis giving off a winter preppy vibe.

Naya also enjoys making bold fashion choices to stand out in a crowd. In addition to rocking a retro mullet to show his love for some old trends, he sometimes wears a scrunchie on his wrist and a sweatshirt paired with a flannel, giving off the feeling that he belonged in the 90s. “I will wear what I want,” he stated.

A glance through the November issue of The Trend Spotter showed “the latest designs [that] are making their way from the catwalk to the streets.” One is wearing a neon turtleneck as a pop of color underneath a dark winter jacket, or stepping up a monochromatic look with some bright pastel colors.

Would anybody at CHS wear neon turtlenecks or a tonal outfit?

“All together it would be too much,” said Olivera, but she agreed with Danielle Simpson who stated she “would like it as a statement piece.”

“If I lived in California or somewhere else, I would be more apt to wearing trending things,” Simpson said.

Junior Will Ahlgren said he too would wear more trendy stuff if he didn’t live in Concord: “I totally would wear chains but they don’t really fit in at Concord.”

Here in New Hampshire, a jacket is a necessity in winter. In cities like New York, big parkas like the Canada Goose or Moncler are very popular, but Concord residents haven’t gotten into the whole parka trend yet.

In any season there are so many different types of fashion in the world to make people unique. “Expressing yourself makes you stand out,” said Olivera.