Never too late to join!

▲
The more the merrier!
Photo provided by Tim Beaulieu

▲
The more the merrier!
Photo provided by Tim Beaulieu

The 2019-2020 school year is well underway but it’s still not too late to join one of more than 50 clubs at Concord High School.

Some of the many options include Be the Change Club, Mountain Biking Club, Rock Climbing Club, National Art Honor Society and Equestrian Club.

There are also some more traditional clubs that have been around for many years, such as Key Club, Interact Club, and National Honor Society.

Students interested in joining one should email the club advisor, whose name can be found on the club webpage on the CHS website. It is never too late to join!

Be the Change is a multicultural club that has been around for nine years now. “It helps New Americans and students from different countries celebrate their cultures and helps them share with the rest of the school community,” said senior Saeeda Khan.

“We meet every Wednesday before school and we have Be the Change lunches every Thursday during all lunches,” senior Anek Yen said.

During these meetings and lunches all members talk about future activities are and how they are going to plan them. 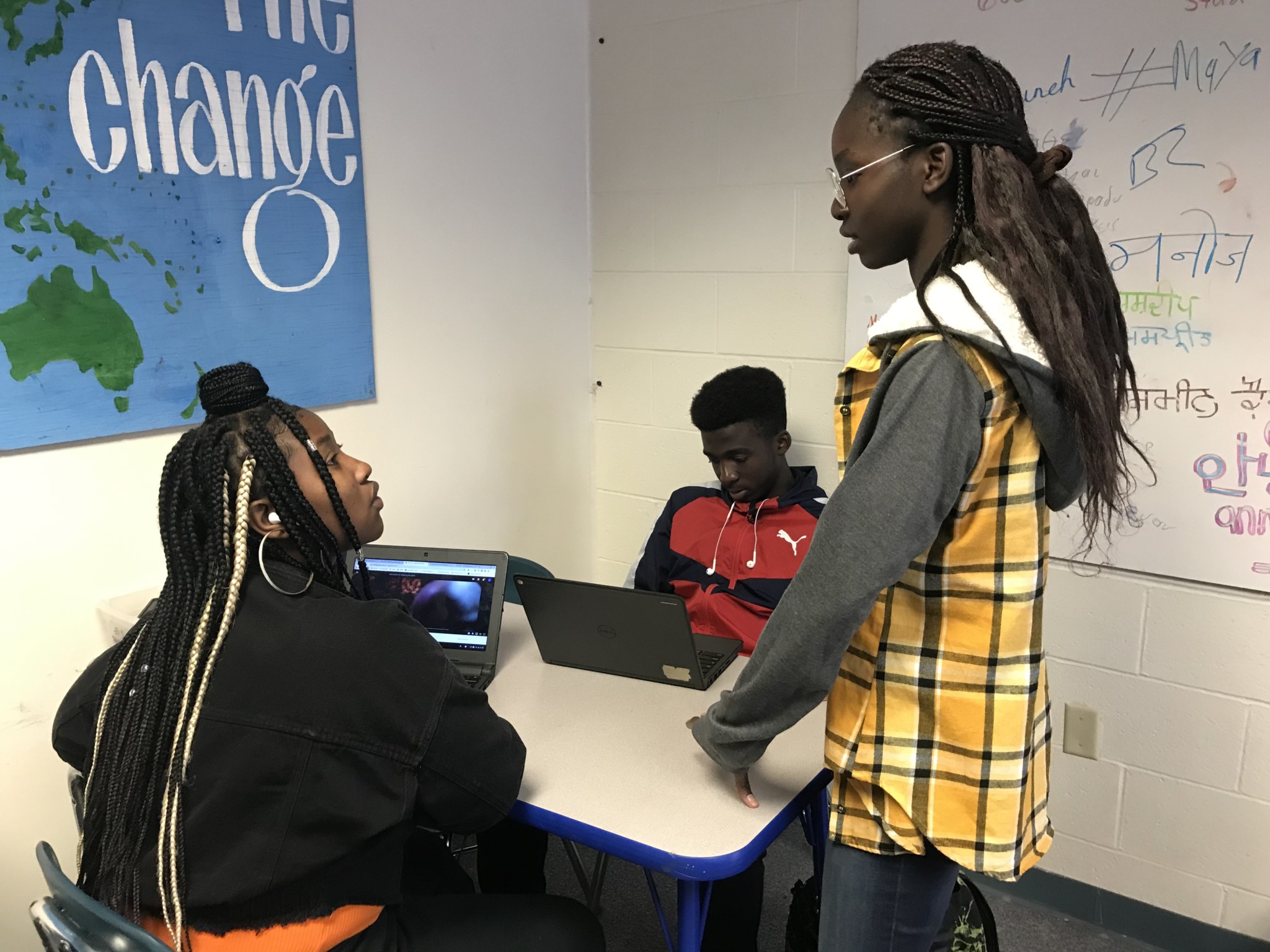 “Some annual events that we do are International Night, Youth Leadership Summit, and Diwali Festival, but we try to do something each month,” said faculty advisor Anna-Marie DiPasquale.

This year club members went to Timberlane High School and did a diversity training session.

Most recently, Be the Change held its Africa Celebration Party.

Mountain Bike Club is a club that is not as well-known as Be the Change. As of right now, there are about 10 students who are actively involved, according to advisor Tim Beaulieu.

Club members go to three different locations which include the Broken Ground Trail, Bow Town Forest, and the trails behind Concord Hospital.

“We currently promote on the announcements and in the future we want to do almost like a highlight video,” said Beaulieu. 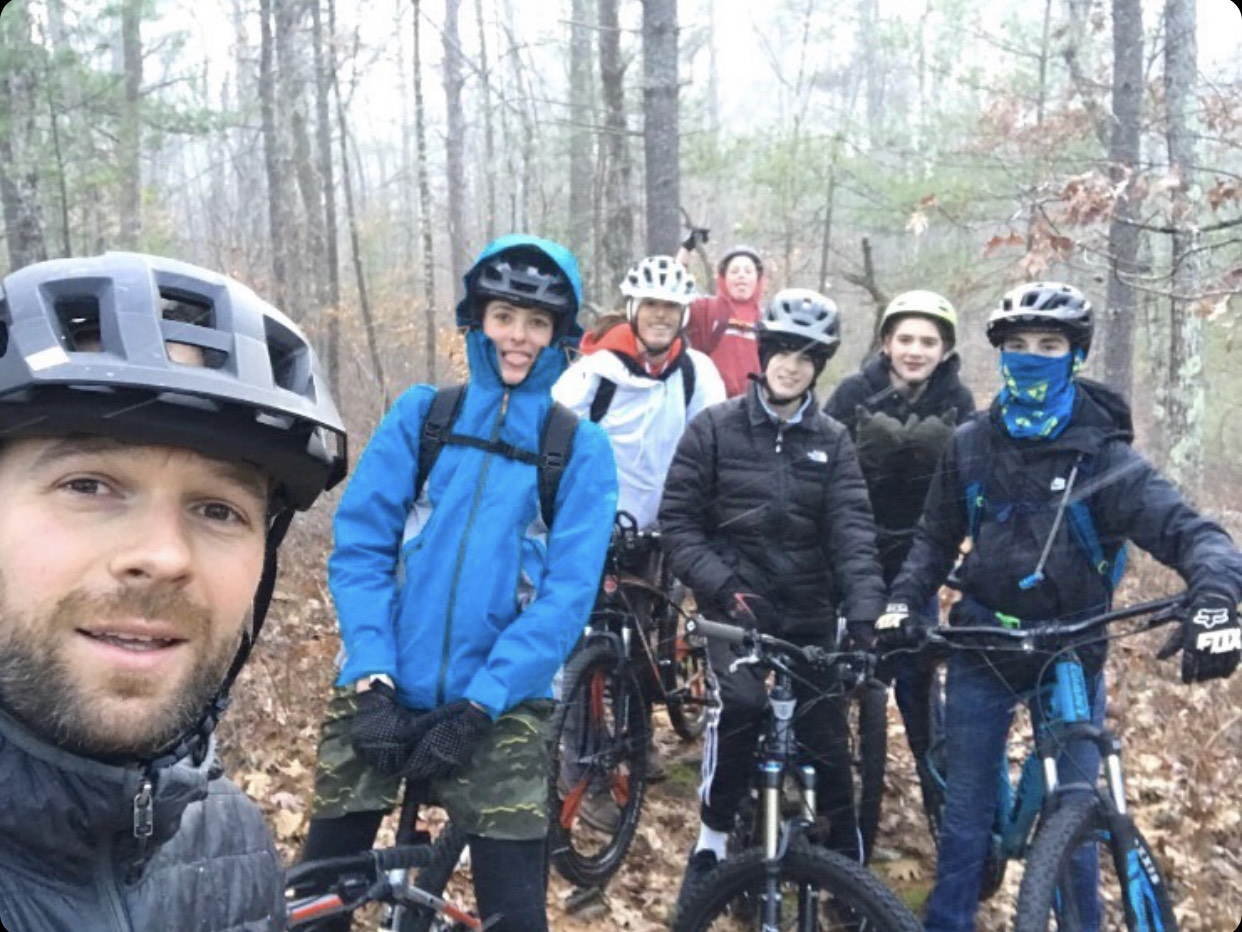 This club meets every Friday and heads out to the trails. While the arrival of snow will interrupt activities over the winter, the club will start up again when the snow goes away.

“In the winter I believe we’re going to do some repair lessons and stuff,” freshman Austin Mahon stated.

New members are always welcome, though Beaulieu cautions that “Mountain biking is tough, though. You have to push yourself and challenge yourself.”

A club that has only been around for three to four years is Rock Climbing Club. Students involved gather every Monday after school and head over to Evo Rock + Fitness on South Main Street.

“We did CHS Live once and we also did advertise a little but in general people just find out by word of mouth. We don’t do the Club Fair,” stated advisor Justin Bourque.

While it would be great to have many more people, Bourque says he is not looking for the number of participants to increase dramatically because he is the only advisor. “It’s hard to do Climbing Club fun and safely with, if, I have like double the students.”

The club competes once a month against eight to ten different schools with members ranging in age from middle to high schoole.

The National Art Honor Society Club (NAHS) has been around for more than twenty years. While members do many different art activities, newcomers don’t have to be artistic to join.

Currently there are about twenty people in the club, which typically meets twice a month after school in the art wing.

“We promote this club by Club Fair, word of mouth, and by visible murals around the school,” said advisor Erika Dietsch.

There is a junior chapter at Rundlett Middle School so some kids come join the CHS club when they start high school.

“I try to get people to join or just come hang out with me while we work on some art,” Naya stated. NAHS is a very welcoming club and exists for anyone with a creative mind.

The Equestrian Club has been around for fourteen years now. This club is meant for any students who have a love for and are passionate about horses, including kids who ride and those who simply want to learn as much as they possibly can about horses.

This club is based off of the Equestrian Team, members of which lease or have their own horses. “We also have a SPIRIT team which is tailored to kids who do not have access to a horse or who are not ready to compete,” explained advisor Darcy Ferry.

Equestrian Club starts meeting when the school year begins and runs until the end of May. Riders practice twice beginning in December until shows start up in April.

It takes a lot of work. “It is not a club to sit back and watch,” Ferry stated. Members have to be very on top of things and go to meetings, just like going to practice while on a traditional sports team.

“It takes a lot of commitment, but I love it,” said senior Cadence Solsky.

This club has won awards and championships for horse shows that they have competed in. “We are very underestimated and we make it to states every year. It just never gets talked about,” Solsky stated.