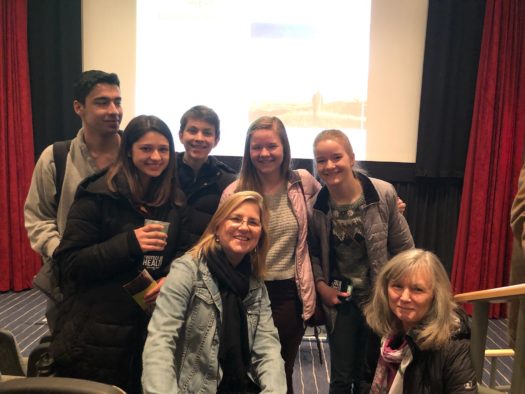 Paris to Pittsburgh is an informative film presented by National Geographic which conveys the reality of climate change.

The movie forces people to realize that climate change can be controlled and that this global threat can prevented from getting worse.

The event is one of a number of club initiatives, according to faculty advisor Catherine Kilday. Often the focus is on actions individuals can take locally to protect clean air and a healthy environment.

“Washington cannot be relied on” to fix problems alone. “People have to take their own initiative,” she said.

Kilday highly recommends that individuals to go see Paris to Pittsburgh and learn about the impact of climate change and potential solutions. She said it spreads a “positive message about technology” and demonstrates ways people can “replace fossil fuels with renewable technology” by putting “less carbon in the air.”

The auditorium seats around 400 and Kilday hopes every seat fills out.

EnvrioCorps is also having an fundraiser tonight, April 3,  at Dos Amigos restaurant on Main Street.

“For every burrito you buy Dos Amigos donates $1 and $0.50 for every taco to help fund the work that the EnviroCorps club promotes here at CHS and our community,” Kilday wrote in a recent e-mail to the CHS Community.

The week before vacation EnviroCorps will coordinate campus and neighborhood cleanups “now that all the snow has melted,” Kilday said.