You ought to know: Brendan Pearl 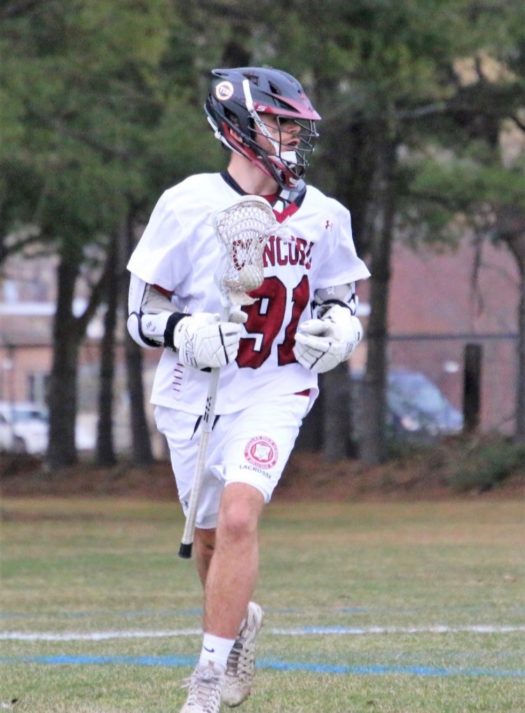 Brendan Pearl has been playing lacrosse since second grade. He didn’t start this sport right away, however; he went from baseball to to hockey and then came to love lacrosse.

“It’s just the way it challenges me,” Pearl said. “Like every game is hard. I mean I just like being able to beat the challengers.”

Pearl said he has learned a lot about himself through playing lacrosse. He has had to learn to overcome the challenge of being a captain, for example. It is hard at times to motivate  other players when he has his own individual goals as well.

Brendan’s father helped him from the beginning and remains very influential in Brendan’s life.

“My dad coached me from like middle school onto high school. He didn’t play lacrosse but he plays football and stuff so like he understands about hard work… just like having him push me.”

Pearl made the varsity team as a freshman. Last year he was named Second Team All-State.

In addition he is an outstanding student. “My main priority is school” and so “like school comes first and my coach really pushes that.”

He hopes to continue his success in the classroom and on the lacrosse field at the University of New Hampshire.