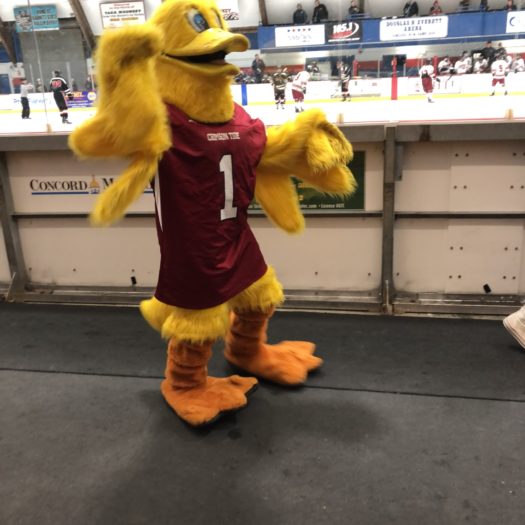 Tidey the Duck, Concord High School’s mascot, celebrates after the Varsity Boys Ice Hockey team scored its only goal of the night against Bedford Wednesday, Jan. 30. The game, which took place at Everett Ice Arena in Concord, was one of the hardest the team has faced this season. Not only was starting goalie Parker Taylor absent due to the flu, but Bedford is also in the number two seed for Division 1. Tidey the Duck made multiple appearances throughout the night, cheering on the team, hanging out with younger fans, and bringing back spirit despite an eventual loss.