A Project for Better Journalism chapter
The Crimson Review
Uncategorized 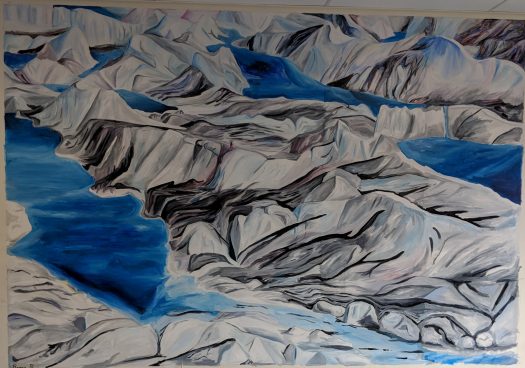 Humanity is at a crossroads as the effects of climate change become more apparent. The warming climate has affected a variety of species from polar bears to humans, and with melting ice caps and severe weather accelerating, it is irresponsible to ignore the true extent of the problem any longer. It has traditionally been easier to say, ‘that doesn’t affect me’ or ‘I didn’t cause that’ rather than to address the issue. However, we are not only citizens of Concord, but citizens of the world. Therefore those statements are not true- it does affect you and, although you may not realize it, you are part of the cause. It is both in our power and our responsibility to work towards positive change in the globe and that starts here in our own community. Whether by adopting sustainable energy, reducing consumption of plastic bottles, or limiting carbon emissions, it is our time to work toward a better future.

We can start by being conscious of energy use. With the dropping temperatures and fading light which accompany winter in Concord, we take advantage of the luxuries that modern energy and technology provide, to heat and light our homes. Although I am a 17 year old student and not a utilities paying adult, I’d like to draw attention to the consequences of non-renewable resources. The majesty of our blue planet is being diminished every day as resources -such as fossil fuels, oil, and coal- are harvested and burned. Both the certainty that these resources will run out, and the undeniable quantity of pollution they generate, leave the energy-consuming people of the globe in a difficult predicament. It is likely that if you are reading this you, along with many people, fall in the category of ‘Responsible for the Problem.’ However, and luckily, that categorizes you in the ‘Responsible for the Solution’ group as well. And there you are in good company, with groups in the city of Concord such as the Sierra Club, NH Association of Conservation Commissions, and the Conservation Law Foundation, also striving to improve our energy use. In fact, some common goals include maximizing energy conservation and efficiency in the private and public sectors, and increasing the use of renewable energy systems -especially solar power- within the City of Concord. As a student at Concord High School, I work towards increased sustainability within our school and city through the CHS Enviro Corps club. Our club coordinates with the Sierra Club to attend public meetings where we represent the younger generation of Concord citizens and support efforts for Concord to become fully reliant on renewable energy by 2050.

While switching to renewable resources requires extensive planning, you can lessen your plastic waste easily. By changing small parts of your lifestyle, you benefit financially and help the environment. For example, substituting a reusable water bottle instead of plastic bottles is good for a multitude of reasons. Instead of paying a few dollars every day for water, you pay around twenty dollars once for a bottle that will last a long time. I have had the same nalgene for two years, which over time has saved hundreds of dollars that I would have spent on plastic bottles. Besides, every single-use water bottle you buy supports the industry encouraging more bottles to be made because of your demonstrated consumer demand. The more plastic water bottles are made, the more pollution is released in the manufacturing process. Furthermore, every single-use water bottle you dispose of ends up in the oceans or the land fills where it takes up space and is harmful to wildlife. It is better to go to a local store to buy your own, long lasting water bottle.

Another simple way to better the environment is through limiting how often you drive. Making an effort to walk or bike when you are able to is rewarding because being outside and active has health benefits, and saves money on gas. However, most importantly you are lessening your contribution to the problem of air pollution. Passenger cars are a significant source of nitrogen oxides and carbon monoxide in the air. Emitting air pollution and greenhouse gases intensifies global warming. Global warming has already caused destructive, extreme weather conditions and challenged species ability to survive. With how quickly things are changing animal species, such as the polar bears, can’t evolve rapidly and are becoming endangered. The unpredictable weather has taken many human lives as well and devastated towns with hurricanes and floods. In order to slow this dangerous process consider alternatives, whether walking, biking, public transportation, or arranging a carpool, every time you must drive somewhere. When you do need to drive, try to accomplish as much as you can within one trip to minimize your time on the road.
It is important to start doing whatever you can to prevent damage to the environment from getting even worse. While one person implementing these three life changes may not seem like much, as citizens of Concord we can come together to have a greater positive impact.

With other cities, states, and countries encouraging environmentally friendly behavior as well, the tide will turn and we can heal our planet. It is also important to know that the ways in which you can have a positive effect on the world are not limited to renewable energy, reducing plastic, and limiting emissions. There are so many things which can be done, from picking up litter to funding oil clean ups. If we don’t take action now, our world will be changed as temperatures heat up and pollution corrupts our wildlife diversity and alters our landscape. You, as a citizen of Concord, have as much power as anyone else. Use it.