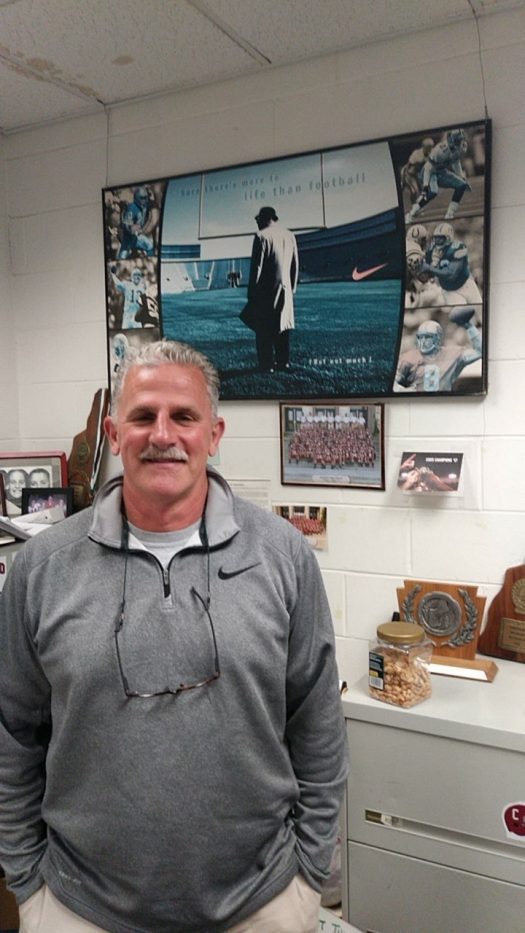 Taxpayers across the country sometimes struggle with funding schools and extracurricular activities. When budgets lack money, communities consider cutting some programs. Sports are a popular target because they’re not an academic subject and aren’t mandatory for a high school curriculum, and costs can run high when it comes to paying for coaches, tournaments, equipment and athletic trainers.

But are sports really the best option for programs to be cut? No.

Sports are so much more than just kids being physically active and competing. They provide huge amounts of learning opportunities and coaches can teach their athletes life skills that will go beyond the field.

According to writer Lakshmy Nair, who described the positive effects of playing sports in school for an article published on livestrong.com, participation “provides a sense of belonging and being part of a team or group. You interact with your peers in a friendly manner. You learn to consider the interests of your teammates and to practice mutual respect and cooperation. You work together, share time and other resources, take turns to play and learn to cope with success and failure as a team.”

Such  interactions “facilitate bonding and lasting friendships,” she wrote.

It’s clear that playing sports helps kids with their social skills and can give them a better understanding of how to work well with others and treat people with respect. Also sports help people learn to live with failure. No one wins everything and knowing how to build off of failure is one of the biggest life skills that can be taught to kids.

Increased self esteem and confidence are other reasons as to why sports shouldn’t be cut. Kids who play sports have a higher chance of being active and staying in shape. Those things, coupled with winning sometimes and accomplishing goals, can help with self esteem and gives a person more confidence.

A large number of students benefit from playing spots. As of the 2013-2014 school year, a record 7.8 million high school students participated in high school sports, according to studies described in “How Youth Sports Influence Leadership Skills, Volunteerism” by Rachael Stevens of JournalistsResource.org.

Now if sports programs were cut, almost 8 million kids would gain a lot of free time. When kids get bored over long periods of time, some make bad decisions and a few  turn to drinking, smoking, drugs or crimes. Sports keep students very busy. The amount of time spent on just one can approach 170 hours by some computations. Keeping kids busy may keep them from making bad choices.

Sports give students a competitive edge and advantages in life that go beyond the field and into the workplace. “People who played competitive sports in their youth tend to earn significantly higher incomes than those who did not,” notes a study published on www.atyourownrisk.org.

An excerpt states that”82 PERCENT of female executives played organized sports after elementary school and 60 PERCENT of these women execs agreed with the statement that sports participation gave them ‘a competitive edge in the business world.””

Now, are there downsides to sports? Yes, unfortunately. In addition to being expensive, sports sometimes take priority over studying for some.

Amanda Ripley, author of The Smartest Kids in the World, and How They Got That Way, wrote in an article for The Atlantic that in South Korea, “15-year-olds rank fourth in the world (behind Shanghai, Singapore, and Hong Kong) on a test of critical thinking in math…….Sports are embedded in American schools in a way they are not almost anywhere else. Yet this difference hardly ever comes up in domestic debates about America’s international mediocrity in education.”

In South Korea if the children want to play sports, they do it during their lunchtime with equipment they  bring from their home and sometimes pretend that things like a goal or net are there when they really aren’t, Ripley describes.

Of course more American students may be involved in sports because of income differences and the fact that the amount spent on students per school is higher here than in South Korea. Is it because Americans spend too much time on sports, or is it because they have the ability to afford such privileges?

Saying that sports negatively affects grades isn’t always true. The Granite State has a well known program for seniors, New Hampshire Scholars, that holds students to higher standards than what is required to graduate. Most of this year’s 192 Concord High School recipients had played sports.

Students should get involved with school sports. Parents and teachers should encourage their kids to sign up and participate so that they can gain vital life skills, make friends and develop a solid work ethic. Administrators should find ways to raise money enough to keep from having to cut programs children love.