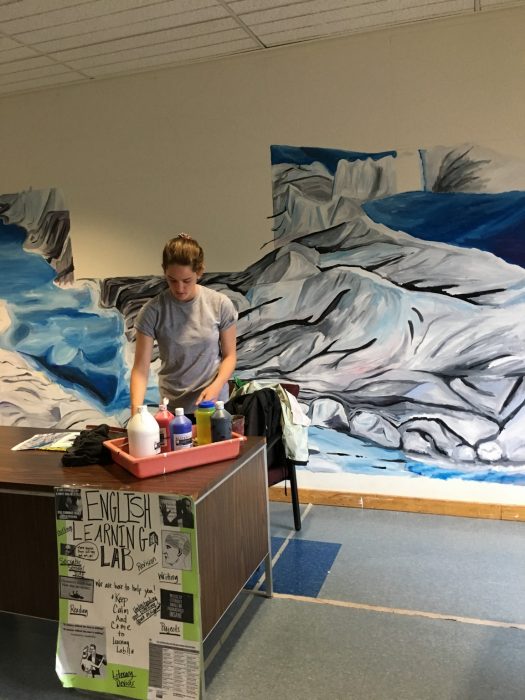 Climate change is a natural occurrence. The earth is heated by the sun and some of the heat escapes through the atmosphere. In the past there have been drastic climate changes such as the Ice Age and then the Melt down. However, human activity has been speeding up the process to the point where change is happening too fast for ecosystems to adapt.

One ecosystem drastically impacted is the ocean. Climate change is negatively impacting marine life as well as dangerously affecting the overall composition of the ocean.

How exactly has the ocean been changing?

Marine habitat and niches are being altered or completely destroyed, becoming uninhabitable for all types of species. Rising ocean temperatures are forcing different species to move from their natural habitats into niches of other species, resulting in lots of competition over food and habitats.

This can result in eradication of a vital species completely.

Another impact is coral bleaching. Coral bleaching is when coral dies from stress due to increase in temperatures. Coral reefs are a place for safety and food for up to 25% of all of the oceans species according to World Wildlife Fund; Coral Reefs. When the coral dies marine species are no longer able to inhabit it.

Yet another impact on coral reefs and other shell forming organisms is ocean acidification. As a result of growing fossil fuels emissions, a buildup of greenhouse gases in the atmosphere is inhibiting heat from escaping back out into the atmosphere. The increase of carbon, and heat trapped under the atmospheric layer is causing the oceans to become more acidic, resulting in death of these organisms.

Can we afford to lose these species from our ocean’s ecosystem?

What can people do to slow down the  damaging effects of climate change?

Cutting down the amount of fossil fuels would greatly aid in slowing down the affects of climate change. Not as many greenhouse gases would be trapped in the atmosphere making it so heat cannot escape.

People can also help the ocean by cutting back on other stressors such as over-fishing and polluting so the ocean ecosystem can be strong enough to rebuild itself from any further warming.

Educate yourself and others on how to slowdown the affects of climate change.