Let's cheer the cheerleaders for once 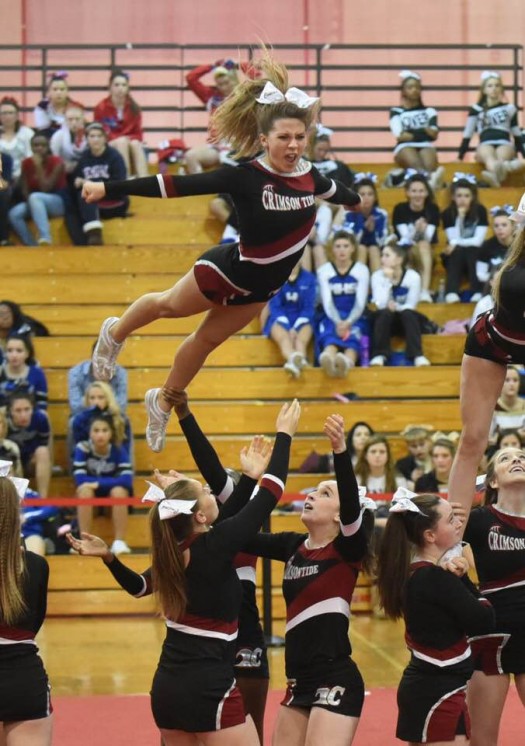 It’s time to begin what some people consider the most dangerous sport in world: cheerleading.

Though data suggests cheerleading has the highest rate of catastrophic injuries of all sports, it is often called an “activity.” This is wrong.

Cheerleading is physically difficult. Stunting, one aspect of the sport, involves throwing a mass through space, usually a “flyer” lifted into the air by one to four people known as a stunt group. Sometimes the flyer is thrown straight up into the air and performs a skill before being caught by the “bases.”

Just as in any other sport here at Concord High, the Spirit team competes against opponents in contests governed by rules. Four to eight judges score squads in different categories such as jumps, tumbling, stunting, voice, etc. Two additional judges  check  teams for stunting safety.

Competition on the mat is as fierce as it is on the basketball court or in the ice rink. First through fifth places are usually separated by only one or two points. 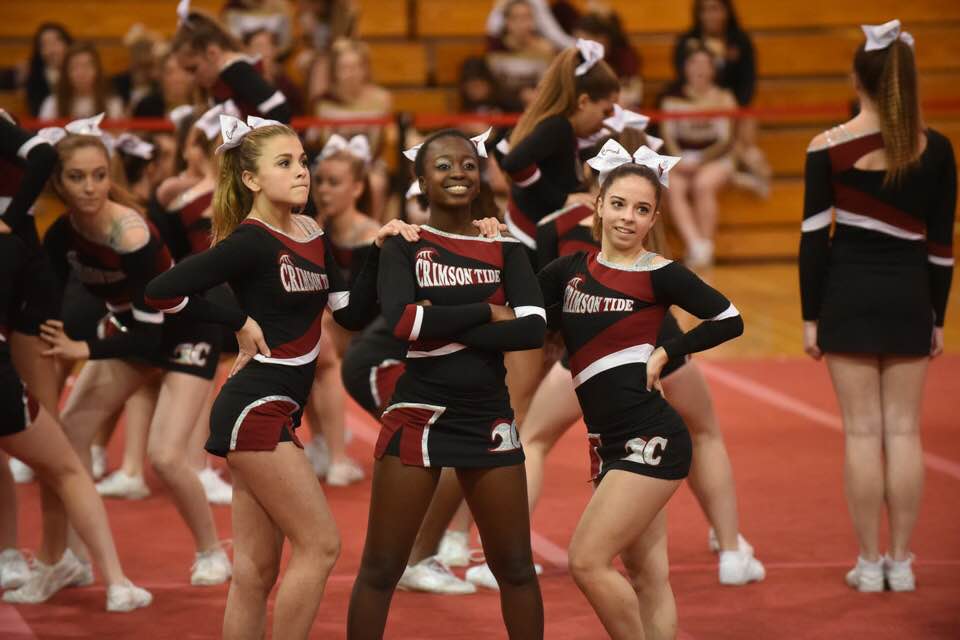 Cheer season starts in early August leading up to tryouts. Many athletes attend camps and take multiple tumbling classes. Fall competitions start at the end of October while winter season competitions begin in February when teams are at their peak.

Cheerleaders continue training even after competitions end because by taking a week or two off an athlete risks losing skills. 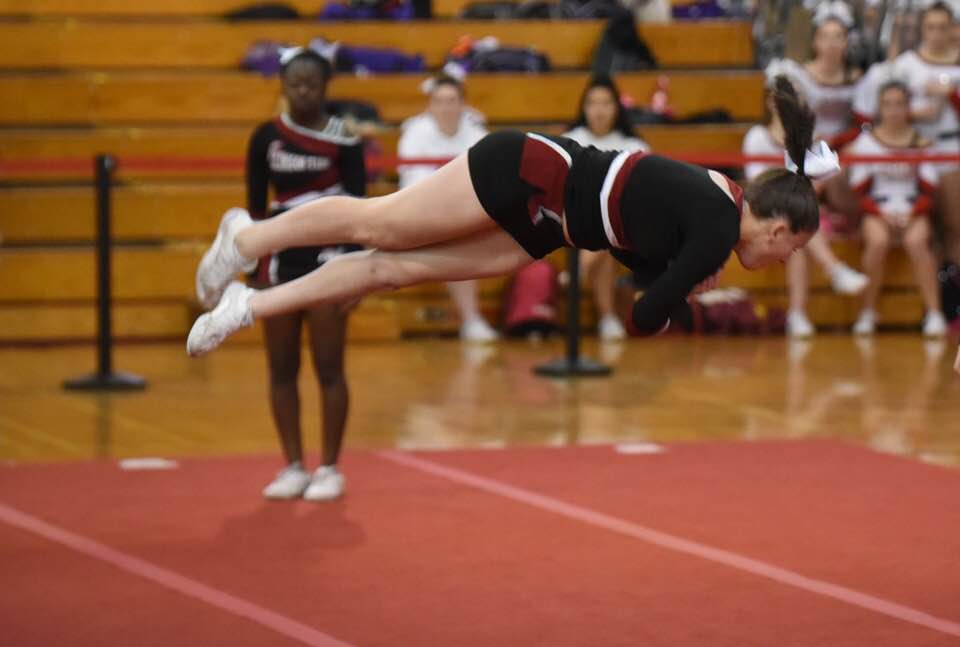 Risk is an overlooked reality in the sport of cheerleading where sprained ankles and concussions are common injuries. Two-thirds of female athletes who suffer catastrophic injuries are cheerleaders. In rare cases some have died.

Maybe people don’t understand how dangerous cheerleading can be because 84% of injuries in the sport happen at practices rather than games, when people are looking on. In most sports,  injuries occur at games where athletes push hard for extended periods of time.

Cheerleading is the opposite. At practice these athletes stunt for up to two hours (or more). 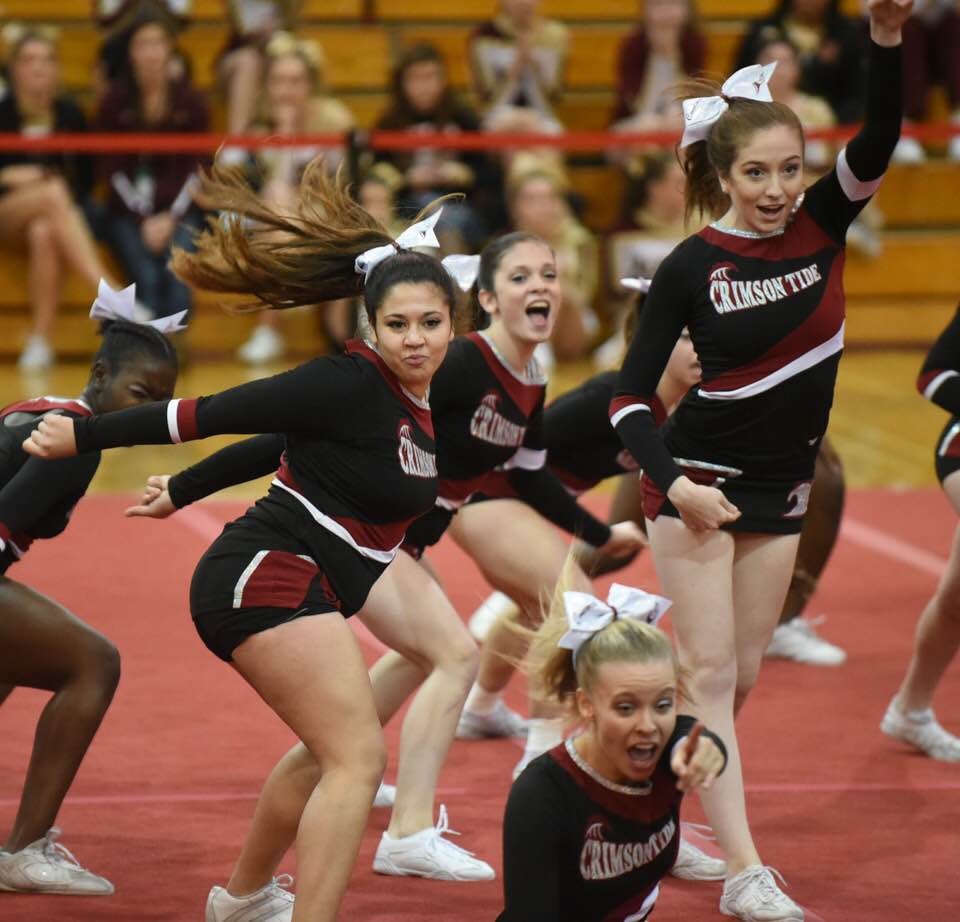 Concord High School students need to yell and clap for the forty Crimson Tide cheerleaders usually helping other athletes do well at their competitions, including ten football games and eight basketball games every year.

Isn’t it time that other teams return the favor?

Concord’s varsity Spirit team is currently fourth in New Hampshire and expects to do better this winter season.

Cheerleaders’ next competition will take place at Pinkerton High School Feb. 22. Every football and basketball player should be there, sitting together, ready to cheer, and loudly.